The great majority of the hydroelectric power plants running for more than 50 years have been modernized and technologically updated in almost every country. It is known that huge are the benefits and advantages of modernization. However, the big challenge is to deal with entirely different technologies during the plant modernization, in which the new systems are taking place over the old system, while the power plant is in full operation. This work aims to discuss such difficulties, system implementation sequence, physical space allocation for the new arrangements, and keep old equipment in operation as it works simultaneously with electromechanical and digital protection systems. The Furnas hydropower plant (Brazil) modernization case is presented.

As a case study, three topic related to the operation, protection and control supervision systems will be depicted:

the major challenge was to adjust the physical arrangement due to the lack of physical space to install the new equipment in the control room. Moreover, there was a high risk of accidental trips to disconnect old cables and lay new cables in the same cable trays.

The found solution was to build a small local control room for each unit, placed on all the supervisory boards, protection, and control panels. All the available information was concentrated and directed to the new central control room.

The Regional System Operation Centers in Brazil are in charge of the supervision and power dispatch control. Furthermore, the regional centers also command the Automatic Generation Control (AGC), the Automatic Voltage Control (AVC), and the Remedial Action Scheme (RAS) in their coverage area.

The AGCs central role is to provide a signal to maintain the system frequency as close to the rated as possible, within an allowed range. The gradual plant modernization would be implemented through the inclusion of an algorithm to emulate the old AGC features in each generator’s Remote Terminal Unit (RTU). However, this arrangement would bring operational limitations to the plant.

Therefore, Furnas opted to use an exclusive RTU to perform the joint control system. Thus, it would be possible to obtain greater flexibility based on the water reservoir level, machine capability curve, and excitation system using this configuration.

Due to issues related to the project and to the protective panels of the units, a new busbar differential protection system was installed. Under the gradual modernization process, it was not allowed that all the switches, circuit breakers, and current signals to be changed simultaneously.

Therefore, the adopted solution was the use of the relay was not enabled yet. In this case, it was possible to enable only the Breaker Failure protection function.

In short, the period of modernization is very critical and offers drastic risks for the power system in case of accidental trips. Many changes and interventions coincide, offering dangerous and safety issues for the working team. The equipment has a severe risk of being impacted with contamination by dust and solid suspended particles. In the end, all the process turned into a great experience and a massive challenge for designers, assemblers, and staff to operate and maintain the plant. However, in order to accomplish the work, precaution is required in the planning stage and, mostly, during the implementation of the programmed action. 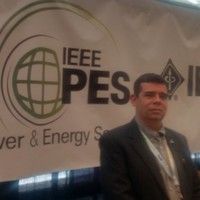